Have you Ever Thought of Suicide? 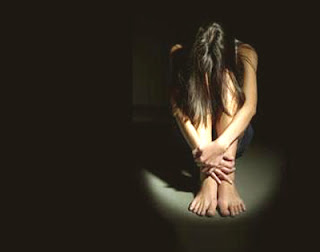 The idea of suicide never resonated with me.  When my mother was going through a rough patch after my dad left, she often spoke of it: I always saw it as a stunt for attention. But a new study of transgender people in Virginia has found that experiencing physical or sexual violence significantly contributes to individuals’ suicidal thinking and substance abuse. The study, conducted by the Center for LGBTQ Evidence-based Applied Research, found that over 70 percent of respondents had a history of suicidal ideation, with about 28 percent having reported a past suicidal attempt.


I've heard about trans-suicide, met people that spoke of it, and experienced one friend who actual killed herself with a shotgun.  But I've never understood it. In the case of the latter, I and Lorna expended untold hours trying to comfort her, and more importantly, understand her perspective, to see what she saw, and to provide ideas of how to alter her perspective to see light instead of only dread and darkness.  We failed because she killed herself anyway.  But at the same time, we were fighting a losing battle all along: she didn't want to see the light, didn't want to find peace in this life; she seemed bent on making the plunge into death for the purpose of making a statement. What it was, and for who's benefit, or destruction, I have no idea.

Oddly, this is the same girl that on 911 rushed to the scene and joined the rescue team, working to clear ruble and bodies for two days.

yet I still don't get where suicidal motivation comes from . As bad as things might be, I always considered death a foregone conclusion, and therefore never saw the need -- under any circumstance  -- to rush it; tomorrow just might be a better day.

In the post When Things Are Rough, I told the story of a transgirl that was disowned by her family, out of the house and homeless at age 13, HIV positive at 16,  who by age 33 had built a life, reconnected with her family, and was giving back to others in need. It was inspiring how in the face of such unhappiness she overcame.  I guess the optimist in me feels that anyone can.

In The Form That I Wear, I delved into the spiritual  perspective that had helped me along my gender exploration road, noting that the human spirit can endure whatever the heart has the courage to overcome.
Posted by candidlytransgender at 5:08 AM