Are Your Trans Before or After Surgery, or ... 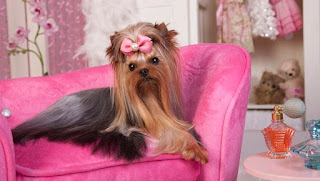 A radio host in Canada was fired for saying being transgender is like pretending to be a dog. Is this really what he said, and should he be fired for it?

In several statements, he had said


"If someone is born a human. And they pretend to be a dog. It is not right To agree with them for the sake of their feelings."


His argument wasn't that you can't change gender, but rather that


"You’re either a male, or a female. If you decide to change from one to the other, that’s fine. I have no issue. But once you leave that gender behind, you are no longer trans.

Until the surgery is complete, you are still a male… or a female. The only transition that happens is on the table. Until that happens, it’s pretending to be something your not,” he continued.

Is he correct or not? The sensationalism of the quote about being a dog seems to be taken out of context. Whether one is trans only until they complete surgery is not a new concept, and its been debated for many decades.
In one of my own articles I asked if after surgery a post-op trans women ceases to be trans. The answer is not as straight-forward as it may seem.

I had this debate with a post-op transgender friend of mine years ago. To her, she asked "why do you disrespect me, why can't you just see and accept me as a woman, no different than any other? she asked. My response was that I did respect her and accept her as a woman.  But, in fact, that she wasn't the same as any other woman, leading her to ask "why not?"

For one thing, I said, biologically-born women didn't leave 40 years as man, nor did they ever have penis; they never experienced intercourse as a man with a woman -- or, in some cases, with another man.

This doesn't make her less of a woman, but rather, a woman of a different origin.

What do you think?

Posted by candidlytransgender at 2:47 PM