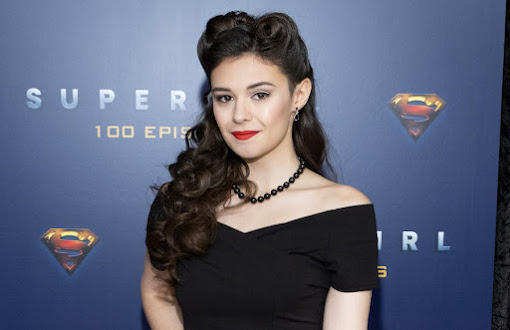 This transgender trailblazer was awarded the Roger Baldwin Award at the age of 14 year's old, and since gone on to win 11 other awards, including Glamour Magazine's Women of the Year. And, she had super powers too!

Nicole Maines is an American actress, who is also a trans-rights activist both in real life and her on-screen character. Born in 1997, she was the anonymous "Doe" in the the Doe v,. Regional School Unit 26 case.

As she remains an activist in trans-rights,  she first appeared on camera in 2015 in the TV show Royal Pains, followed the next two years in the documentaries The Trans list and Not Your Skin.

But it was in 2018 that she landed her biggest acting break, cast as the transgender cub reporter Nia Nahl, who emerges as the super hero Dreamer in the TV series Supergirl (and also appears as Dreamer in an episode in the 2020 season of Legends of Tomorrow).

To their credit, the producers have allowed the Nia/ Dreamer character to address transgender issues in the show, and they've done so quite well.

Nicole is a role model for her generation, and these are the awards she has received for her activism to date:

Posted by candidlytransgender at 3:22 PM