The Good, The Bad and the Stupid 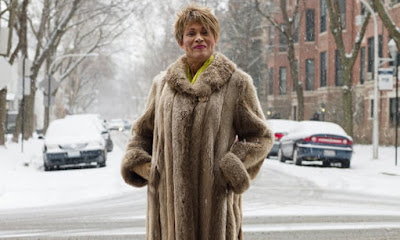 Another worldwind week of news. Let's break it down.
A new book by Jess T. Dugan captures the stories and images of transpeople over 50.

Brown University is in the middle of a hot debate, after it pulled a study report by Lisa Littman, that it had published previous. "Rapid-onset gender dysphira in adolescents and young adults: A study of parental reports" claims that


adolescents are experiencing a new phenomenon called 'rapid onset gender dysphoria (ROGD), in which they are motivated to become transgender by 'social contagion.'

Well, that seems pretty stupid. As any transgender person knows, they never woke up one day and said, "hmm, that seems like fune, I'll try that." Of course the transgender communityis deeply offended by yet another false narrative, while the conservative right was mixing it right into their agenda narrative: transgender people are sick and infecting our kids.

Transgender people in athletics has been on on-going debate, and it hit the headlines again when a .

I'm all about solidarity and supporting our own, but transwomen in sports I've never been comfortable with. In many cases, we simply have an unfair advantage. You can argue that post surgery you're just another girl, however, depending on at what age you begin transition, which in turn determines how long your body evolved male, they may big bigger, faster, and stronger.  This is a really completed topic. If someone transitions before or slightly after puberty, then sure, they'll develop like any other girl. But if they were to transition in their high school years, they may already have surpassed certain physical advantages. What do you think? Leave a comment below.

At a time when the news is filled with violence and descrimination against transgender people, it is refreshing to come across a story of hope and inspiration. Nanet Arpsuwan 2 years ago this ballet teacher was battling leukaemia and lymphoma.  Today she is in remission and competing at the famed Tiffany's Universe Pageant in Pattaya, Thailand.  Her's is a compelling story.


The state of Wisconsin did an reversal on its policy about transition. Now, it will cover state workers seeking transgender treatment. Way to go Wisconsin!

Transgender rights maybe to face off in the Supreme Court. In 2003 Aimee send a letter to her employers informing them she was transitioning. She was fired. Now her case is one of several that could go before the Supreme Court to raise the question of whether sex indicates gender identidy for the purpose of Title VII.

A former Disney star, J.J. Totah has come out as transgender. The young actor noted that everyone assumed that 'he' was a young gay boy, and never considered that 'she' was a transgender girl.
Posted by candidlytransgender at 2:42 PM