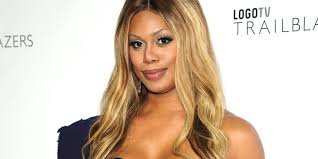 Times are a changing. I recall speaking with an HBO producer in 2003 about several show concepts around transgender, only to be told: "We've done that already." They did a documentary about drag queens and they thought that covered it. It didn't. No by a long shot.

What has followed in the last 15 years was a plethora of TV shows, documentaries, and film that have spanned the imagination.  Afte the critically acclaimed "The Crying Game," in the1980's, which was less about being transgender as it was about unconditional love, to the 1996 "Different For Girls," to "By Hook or By Crook" in 2002, to the 2005 releases of "Breakfast on Pluto", and Transamerica, and the 2011 "Gun Hill Road," we seen the stories of transgender people further explored.

There have since been all sorts of programming since then on the theme of transgender, such as Transparent, and many more.

In a recent article, they looked into the phenomena "What it means to be transgender in Hollywood."

"It's a big shift," Howard told ABC News. "We're seeing so much talent. We are seeing shows that are told from the ground up. It is so authentic and it is so universal and that’s an exciting thing to witness."
Just this week, the CW's "Supergirl" announced that it had created the first transgender superhero -- and cast a transgender actress, Nicole Maines, in the role. The week before that, Scarlett Johansson dropped out of the role of a transgender man after she came under fire from transgender activists.

Posted by candidlytransgender at 12:35 PM