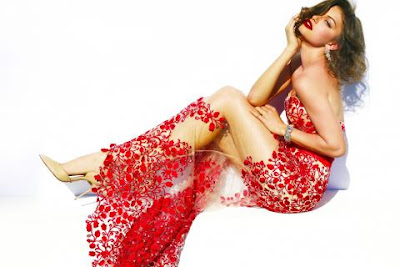 When I finally looked in the mirror and admitted to myself that "I am transgender," that my actions are not momentary lapses of sanity, life changed. Because at it's core, it is self-awareness that changes everything.

As I looked at myself in the mirror that day, I was a year into being "out." Ironically I had set out to explore my crossdressing to it's depths to uncover what was wrong with me; what triggered the crossdressing and; how to cure mysrelf of it.

Crossdressers share some common experiences; we are compelled to crossdress for reasons we
can't comprehend, and -- for some -- the upside is a feeling of weightlessness, an easy joyous moment. For others it may also have a sexual component, and once that orgasm is complete they fall back into self-loathing: "What is wrong with me, I'm never doing this again!"

But of course they will. They have to. Because crossdressing isn't a "thing" we do, it is more a part of who we are that we need to display. During an interivew I did with Venus she said "I simply display on the outside the way I feel on the inside."

The mainstream is quite confused about transgender people, and why shouldn't they be, most of us are confused by it too. We're not confused about how we feel, we are just confused on how to navigate the social norms, which in some cases, in some places, society doesn't even want us to exist at all.

But on that day, I wondered if the girl starring back at me in the mirror was "me" or just the taxi that carried me about; a taxi presenting differently from one day to the next.

Here's the irony of my journey: I set out to cure myself of crossdressing, only to discover that I was, in fact, a transgender girl. With that realization, and the life it spawned, all that white noise and confusion in my head, for decades, was suddenly gone.

And here is the interesting part. Once I came out, to myself and others, the world shifted.  I became candidly transgender, meaning I was transgender all the time, regardless of how I was presenting myself on any given day. After 7 months on hormones, and with an amazing mane of hair however, it was all but impossible for anyone to wonder what I was.

For me though, the coming out was the catalyst of two other results.

The first was that with my big secret, the big lie (to hide the secret) shattered, I had come to terms with a seed that affected everything in my life. With it no longer a secret there was a 50lb monkey lifted from my back: it was a sensational feeling. Truth became an always thing; if I could be truthful about being a secret crossdresser, and get past that shame, I could be truthful about everything. It was a liberation from the shackles of denial.

Secondly, now as a transgender girl, my mere presence was challenging others that encountered me. And in so doing -- I and they -- at some point in our engagements would transcend gender altogether.

Of course many who would first encounter me would sense I was a 'guy, a siggy gay, or a quasi girl, other something therabouts.' So some looked at me with distain, at times. Even in gay clubs some of the boys would say, "oh, you're one of those."

When people instantly judge you baasd on your apperance you sense that immediately. But the truth is I didn't care -- their words and opinions did not define me.  I didn't require their approval, or even support -- I was victorious where I stood, on my own terms.

They sensed that, and at times, that is when the magic happened. In that precise moment they were intrigued for resasons they themselves didn't understand. Then after talking a while, they seemed to forget all about "what" I was, so caught up in "who' I was. We transcended the "what" the transgender.

Many of those gay boys I mentioned earlier, after they got beyond my trans-ness -- became friends. And like the strangers and tourists I met on the street, they too looked past the "what" and it is an incredibly liberating feeling.

To get past the "what" we merely transcended expectations. And that is transparent.
Posted by candidlytransgender at 6:11 AM