Meslissa Says 'It's O.K. To Be Different' 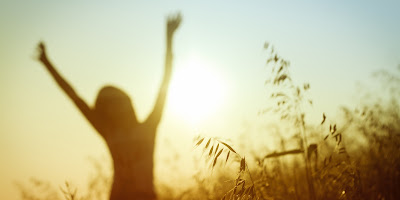 Not only is it O.k. to be differnet, I've often thought -- and said -- it is preferred. When we find our individual center to transcend the standard expectations of others, it is then that people begin to see "you" and not just the shell you reside in.  I came across an inteview of Melissa the other day, and the more trans stories I read the more they are all rooted in the same beginnings -- though the journey and destination may differ.
I've written many times about the insights I've gained on my own journey, and  it always seems to boil down into common motivators. What we each do about it varies from one person to the next.

In this interview Melissa talks about her early struggles, her transition, her inspiration, and then talks about her interactions with the corporate world as she tryies to launch a non profit.

A little about Melissa, from the interview with Thrive Global:


Melissa grew up in Auckland, New Zealand and has been living in Melbourne since 1999. As a child she always felt awkward feeling awkward and shy. She was bullied as a child that led her to being anxious a lot and until the last year she always had low self-esteem and confidence. Melissa always knew she was different to other children and never quite understood until she was a teenager when she started wearing female clothes.

When Melissa moved to Melbourne she began to explore more the feelings she had to be a woman. Melissa explained that in the beginning it was a challenge to go into retail stores and buy female clothes as a male for herself and try them on in store. Another challenge for her was living as a woman part time and still living as a male to earn money. She had no role model to guide her so looking back she wore some interesting outfits like short tartan mini skirt with boots and top. The turning point to transition from male to female for her was when her father was sick and dying. She realised then that she could no longer live a double life so she made the decision then to transition and live full time as a woman.

Melissa is a co-author of a book of inspirational quotes for women by women which is due to be released later this year with the book launch at the end of April. She also intend to write a book to share her story so that it has a positive impact on society and to raise awareness of the issues that transgender people go through. She is a social entrepreneur who is passionate about her vision to start a foundation to educate employers, organisations and schools on gender identity, issues around this with in the workplace and to assist transgender people in their journey. She is also passionate about raising more awareness around gender identity in society. Melissa looks forward to the day that Lesbian Gay Bisexual, Transgender Queer Intersex (LGBTQI) are able to bring their full selves to work and be more readily understood and accepted by their family, friends and peers.

1. Humble Beginnings
Q: How did you get started and what or who inspired and empowered you to?


Posted by candidlytransgender at 4:20 AM