What's So Special About Caitlyn Jenner ... Everything! 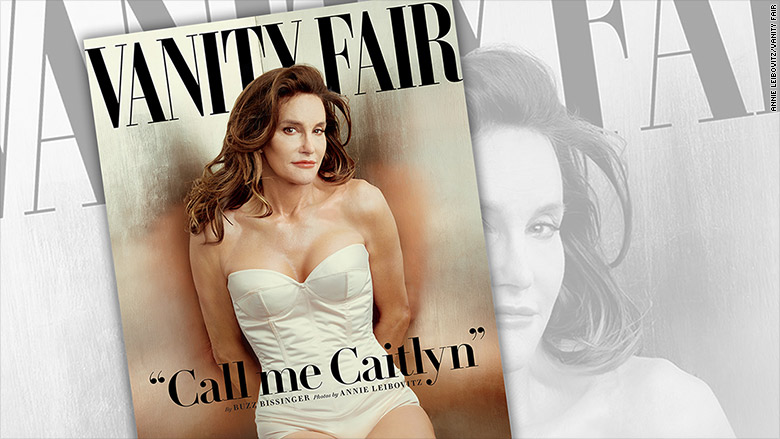 For any of us who were born and evolved physically masculine and became athletic men, transition seemed unthinkable growing up. And even for those that did make the transition journey later in life. we had a mountain of hurdles to overcome.


After one lifetime as a man, to start another as a woman is physically difficult; the male hormones made us taller, larger, thicker, and more muscular than we secretly wanted to be. But for those of us that had heightened male attributes,  most of us reluctantly embraced it, more often because we never knew there was a choice.

Bruce Jenner took it to heights most of us couldn't imagine, and went on to become an athletic icon as an Olympic Gold Medal winner in the decathlon. He was the pride of the U.S.A. and rose to international stardom.

Some years later I recall seeing him (in print) with the tell-tale marker of arched eyebrows and I instantly knew he was one of us.

In secret he pined to just be who he was, a she. So late in life he gave it all up to realize that dream.

But unlike so many of us that had to come out to a close circle of friends, family and co-workers, and others who simply dropped out of sight and stealthy re-emerged as the woman they were, Jenner had to do so in front of the entire world.

Can you image?  Could you have let go of the celebrity you had achieved and walked into the light under almost certain scrutiny, mockery and disdain by some?

I can recall one day when I was in my favorite gay piano bar, when a straight man (there as a guest of one of the female regulars) approached me. Off to the side he wanted to express his admiration for me living life on my own terms. "You have so much courage. I'm not transgender or gay, but there are somethings about me I wish I could put on display" he said. I thanked him, but explained that it wasn't courage, it was survival: it was the need to come up for air. Yet at that moment it struck me that we are all the same; the boy who identifies as a girl is in lockstep with the boy who wants to be a musician, though expected to be a lawyer or an accountant or take some other life plan that was decided fro them by others.

As I wrote in my Essay "Why Do You Want To be Someone Else?" most people, even my gay friends, never really understood the concept of transition. They could never quite comprehend that we never chose to be someone else, we simply chose to present to the world on the outside who we have always been on the inside.

Not all of us can transition. Some simply can't make the physical changes without standing out -- as we walk down the street -- like a neon sign that says "look at me, I'm different than you." And many can't stand up to that relentless, continual scrutiny even doing something as trivial going to the supermarket. Other's have the deep fortitude to look them in eye and say "yes, I am different, but I'm still me, and so what."

To Caitlyn Jenner, you have transitioned with pride, class and without the fear of what would be, and that is in fact courageous. Good for yu, enjoy the life you chosen without regret.  Life is short, so life it!

Until next time, be happy, be safe, and always think pretty!


Posted by candidlytransgender at 10:00 AM