Since coming out and getting involved in the TG community in 2000, things have changed drastically. The amount of "out" transgender people is startling, especially in the modeling and entertainment world, and most recently politics. When my friend Lauren Foster was a world renown print and runway model int he 1980s, she had to hide her transness. When she was outed she lost many of her print sponsors. Today however, transgender girls are coming out and speaking out proudly. Here  is a look back and forward into people out.

Decades before it became fashionable, there were trans-warriors that would not be denied their gender expression; they were beautiful, talented and  famous. Some of that short list includes:

Alesha Brevard, who in the 1950s castrated herself because they hadn't perfected GRS (or SRS) yet. She went on to be a "B-film actress, and wrote the book "The woman I was not born to be." Of the book, Michael Musto of the Village Voice remarks "[What Brevard] finds is a society that punishes those who defy assigned gender roles because they upset the status quo. She uncovers a world that stigmatizes femmes and a gay community that's deeply ashamed of drag; a women's movement that generally leaves trannies behind and a transsexual community so anxious to blend in that it strives to erase all evidence of its maleness.

Carla Antonelli is not widely known, but she was an actress, model, and advocate for social equality -- who openly considers herself a transsexual woman -- started hormone therapy when she was 17 years old. She says she was inspired by, "The rebelliousness against a physical body that I didn’t accept and the desire to unify mind and body." Her greatest accomplishment she says was," To loose my fears and have a better knowledge about myself." A life-long activist, she was elected to the Assembly of Madrid by the PSOE in 2011; becoming the first transsexual woman from Spain to hold a parliamentary regional level position.

Bibiana Fernandez -- who also goes by the name Bibi Anderson -- is by far Spain's most famous transsexual actress-model.   Though her actual height isn't listed anywhere that I could find, she appears in her films to be well over 6'3." Regardless, she can't help but grab the attention of anyone in the same room with her. As beautiful as she is tall, Bibi has been in several films by Spanish filmmaker Pedo Almodovar, who often has transsexuals, transvestites, and cross-dressers in his films. In High Heels, Bibi plays a biological woman, while a biological woman actress played the part of a transsexual -- but that's Almodovar.

In 2012 one of the Wachoski brothers stunned the film world  when She came out (Lana Wachowski Wins Visibility Award).  And each year the courage of transwoman continues, some of whom I identified in the post What A Difference A Decade Makes.

Most everyone in the trans-community knows of Christine Jorgensen, the first American post op transsexual, but what about Coccinelle, the first French post-op transsexual  in the 1950s -- who was referred to in print as a shemale and not granted female status until 1961. She was one of the most beautiful transsexuals of all time. 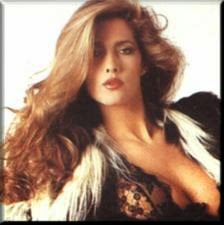 Caroline "Tula" Cossey was an English model, best known after appearing as a "Bond Girl" in the 1981 James Bond (Roger Moore) film For Your Eyes Only, and one of the first post-op transsexuals to pose for Playboy (also in 1981). She wrote two autobiographies, "I Am A Woman" and "My Story". She launched a legal battle against the British Government, which lasted many years; the court ruled in her favor initially, then overturned it it 1990 upon government appeal.  But ultimately the Gender Recognition Act 2004 was passed,

The were others that made their marks, like April Ashley, Gloria Gray, and Eva Robbins.

When I first came out and started my own personal exploration, it had quickly struck me how isolated and unorganized we were as a group, and often questioned Where Is The Voice? But today the voice is everywhere, its loud, its proud an unapologetic.  I makes me happy to have witnessed this coming out of the shadows.  For too long it was the masses that would define normal, and what is normal?

As we head into a new 2015 I can't wait to see what the future holds in store for us.
Posted by candidlytransgender at 10:00 AM