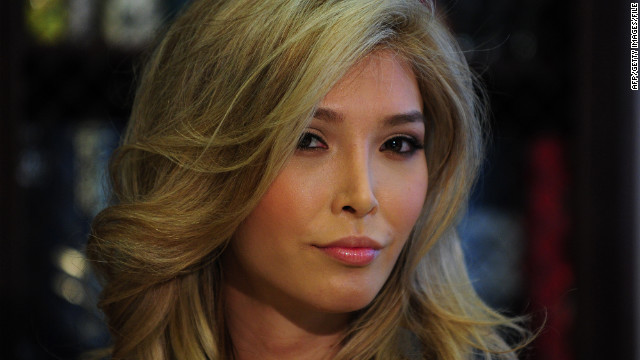 In a recent interview, Jenna Tackalova, the 6'1" Canadian beauty that forced Donald Trump and the Miss Universe Pageant to change the pageant rules to allow her to compete, stated that "Like I always say, my family didn't understand, so why would I expect anybody else to understand and then they got to know me and they loved me."


In an article on CNN it said that "in an interview with CNN several hours before showtime, the 6-foot-1 blonde Canadian seemed a bit weary, because the spotlight is still squarely on her gender transformation."


Will either a win or loss in the Miss Universe pageant tonight by Jenna Talackova affect people's perceptions in the mainstream about seeing transsexuals without the labels, or will she forever be the "transsexual pageant contestant"?

There have been so many transsexual women through the decades that gained notoriety, only to have it overshadow any accomplishments they would have thereafter.  They excelled in politics,  fashion, and entertainment, but none of them could ever shake the transsexual label. While the sensationalism of being born physically male has helped launch some, like Lea T, Isis King, Andrej Pejic and Nina Poon, it didn't slow the career of Jin Xing, but did hurt and/or limit the careers of others, like Lauren Foster, Caroline Tulsa Cossey, and April Ashley,  for example.

Transsexualism has been spotlighted around sensationalized stories for some time. It goes back hundreds of years, like the Chavalier d' Eon in the 1700s. Beginning in the 1950s however -- with the advanced sex-reassignment surgeries --, Christine Jorgensen and Coccinelle could never shake their "Shemale" label. Others, like Amanda Lear, were dogged with transsexual rumors even though they never admitted being transsexuals.

It seem then that being transsexual cuts both ways: it can propel one to national or international fame, but then also limited their rise or longevity.

Yet we've seen slight movement of the general opinion concerning transsexuals over the past twenty years or so, from Amanda Simpson being the first presidential appointee to an administration, to other transwomen opening running in political contests, and some winning, all over the world.

In recent interviews regarding the MU/ Trump Vs. Jenna battle, Jenna's lawyer said that "I'm not interested in having arguments with Donald Trump. I'm here to focus on Jenna and what she has won. And it's been extremely important and it really is a civil rights victory, and she has earned the right to claim that victory," Allred told CNN in an interview in Toronto after Thursday's preliminary competition.

According to that CNN article, "Some women's rights advocates agree, saying Talackova's participation is in keeping with the principles of feminism and equality."I'll preamble this by saying that I'm not a huge fan of beauty pageants to begin with, but I do think that she will have an impact purely for participating. I mean, let's face it, she's beautiful, and it does challenge society's perception of what is normal," said Leah Eichler, a Canadian columnist and the founder of "Femme-O-Nomics," a media and networking company targeting professional women."

There is no doubt that Janna's participation has been a good thing for equal rights in general, and gender rights in particular, but the lingering question yet to be answered is whether or not Jenna can emerge from this flash-point without forever having to wear the transsexual collar that has brought all the attention.

It seems a bit unfair that she should have to.  After all, she didn't get into the pageant because she was transgender; she got in on her beauty and talents.  She only had to play her "transgender card" to fight off being thrown out.

So what do you think?  Will winning or losing impact how people think of Jenna?
Posted by candidlytransgender at 6:32 PM