Some More Short Stories in Development 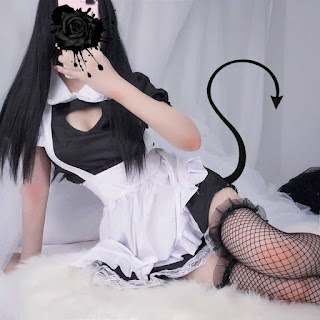 ]
Two different maid stories. Check out the early chapters and let me know what you think

I had begun writing Maid To Order years ago, and then put it on the shelf. Having just completed and published An Unexpected Turn, I'm again working on two short novelas that are a bit more exotic than the aforementioned.

In MAID TO ORDER, a young boy is adopted by a wealthy and strict distant relative. The first days are bliss, until he misbehaves. The trajectory of his life then takes a sharp turn and he is forced to join the maid staff to earn his room and board.  With strong, dominant aunt, and the encouragement and support of her secretary, young Michel finds himself reluctant to break the barriers of his own self image, but...

In NO TURNING BACK, a young entrepreneur looses everything, and is forced to take a job he didn't see coming -- a year as a domestic. Of course, he only has three months to whip himself into shape. If he can't pass at the colonel's planned Memorial Day party at his home, he's out of job, and the accrued salary. The colonel's sister takes charge to help Jack meet the challenge, a woman he is smitten with at first sight, though she has an agenda of her own.

I'm always interested in feedback, so whether you like them or don't, please leave comments as to each.

Posted by candidlytransgender at 4:48 PM