Transgender Women Are Everywhere, and People are Talking 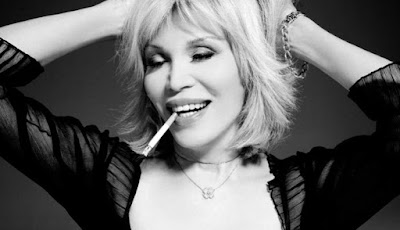 It didn't seem that long ago that transgender women were a novelty: "wow, she is gorgeous, can you believe she was once a man?" But with time novelties fade into everyday ho-hum. But there is now a rise in visibility and, there is a rise in the dialogue in support and against.

It didn't seem that long ago that me and my NYC Girls Club were breaking down barriers simply by bursting into the mainstream: attending the ballet, the theater, straight clubs, restaurants -- and yes, interacting with tourists. My, how things have changed.

In 2012 I write an article about how transgender visibility in film and on television was at its highest ever because a few people had broken in.

But today things are moving at an exponential rate : "A casting call from a talent agency reveals the series Supergirl (DC & Warner Bros) is looking to cast a transgender woman in her early 20s with an open ethnicity for a character called Nia Nal."

Transwomen have always been in entertainment and modeling, but now they're in sports, science, politics, and now the national dialogue.  The days of Coccinelle being a a shock show in the 1950s -- because of her extraordinary beauty -- is no longer a fascination; there are beautiful models and actresses everywhere. Pose is about to make history with 5 transgender actors.

IN THE NEWS NOW

Transgender girls placed 1st and 2nd in the CT track championships and parents are screaming for changes to gender-specific sports rules.


According to News 8, petitions have been started by some parents and student-athletes to try and change the policy that allows athletes in high schools to compete for the gender specific sport they identify with.

An Indiana teacher who refused to use transgender student' name has resigned.

More than 120 members of Congress took the scientific route earlier last week, with a letter to Defense Secretary Jim Mattis that attacked his rationale for banning transgender people except in certain situations.

The state of Maine to offer a third, non-binary option on Driver's Licenses.

So that is the latest on what's happening. To close I'd like to provide a list of some films and TV shows I'd recommend.

In the early set of films that scored big critical reviews. the transgender girls were portrayed by guys or women -- for example, Jaye Davidson in The Crying Game, and Felicity Huffman in Transamerica.  It wouldn't be until 2011 that a transgender woman played a transgender women on screen in a high profile film, like Harmony Santana did in Gun Hill Road.

Posted by candidlytransgender at 1:14 PM