The Transgender Topic Back in the New 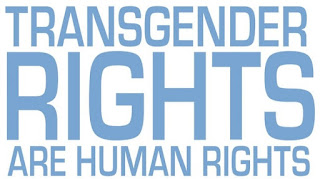 The headlines were crackling with contempt for the Trump administration today as the administration shied away from its campaign promises to protect the community.

In an article I posted at TGlife.com about the state of transgender rights in the workplace,  also notes an article by the ACLU and HuffPost about the administration again making bathrooms for kids a big issue.

The Trump administration's view on bathroom and locker-room cases is an about face from Trump's rhetoric on the campaign trail.


The Trump administration’s view of these cases diverges sharply from that of the Obama administration, which contended that Title IX ― the federal law that deals with sex discrimination ― included discrimination based on gender identity. The Obama administration issued guidance holding that schools should allow students to use the facilities that align with their gender identity.
But a month into Trump’s presidency, the Department of Justice and Department of Education rescinded this guidance, saying that these issues should be decided at the local level and that the original guidance did not contain enough legal analysis. Since then, it has been unclear how exactly the Office for Civil Rights, or OCR, would handle these cases. An internal OCRmemo from June directed employees to still take the complaints of transgender students seriously. It said employees may dismiss complaints related to bathroom issues, but it did not specifically direct them to do so.

Posted by candidlytransgender at 5:59 AM